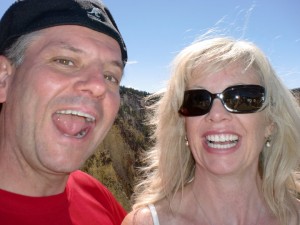 Larry Ketchersid started JoSara MeDia quite a while ago, after writing his first novel during many many trips to Paris to close a software contract. Publishing is like software, isn’t it, he thought. eBooks are just web pages, aren’t they, he thought. With his lovely wife Audrey, they set off navigating the ins and outs of publishing print and eBooks, and eventually added multi-media apps for tablets. It certainly wasn’t as easy as it seemed.During the daytime (and many nights and weekends), Larry runs a security software and services firm. He has degrees in Math, Computer Science and Physics, and wishes his knees would still let him play Rugby (Woodlands RFC and Texas XXXs) and martial arts (Soo Bahk Do, Tai Chi), but he’s content currently to just jog in a straight line (though he did once jog up Pikes Peak in the Pikes Peak Ascent…but that’s another story).Larry and Audrey have helped non-profits such as the Texas State Historical Association and the Museum of Fine Arts, Houston with various eBook, publishing and app projects.

Larry and Audrey currently live where ever the airplanes take them.

Dusk Before the Dawn Finalist for the ForeWord Book of the Year Award
Blogged at the two-time Hugo award winning SFSignal.com
Certified Empty Nester (both kids graduated college)

Antartica – Standing on the Bottom of the World
San Jacinto